Why the Assembly Disbanded unites poetry, photography, and politics between the U.S. and Latin America along actual and surreal border zones. World building by way of reverie, speculation, and retro-futurist tableaux, and with vivid, sometimes violent particularity, this book enacts hallucinatory realities of the hemisphere; an imagination that triangulates history, lyricism, and art as social practice.

The sweeping futuristic vista gives on to narratives of colonial extraction, human displacement, abuses of capitalism, mass media spectacle, the antagonism of language and technical images in the sensorium of urban and digital life-worlds, and the relations of desire encouraged by pictures and words in the economy of attention. Los Angeles and Mexico City figure prominently in poems committed to voicing modes of formation and community in an intersectional reckoning of personhoods prompted in work by artists Betye Saar, Amiri Baraka, Connie Samaras, and Rubén Ortiz Torres.

Exuberant, capacious, and self-reflexive, poems here relate the ravages of white supremacy in our culture that, together with immigrant precarity, turn home into a place of foreboding and impending eviction, even as a dream-weather makes room at last for scenes of possibility and attainment in the account of human history. Immersive, postmodern, and philosophical, Why the Assembly Disbanded crafts an associative, critical Latinx aesthetic connecting the Mexico-U.S. borderlands to Latin America’s neo-baroque heritage with language given to pageantry, tonal precision, and a hopeful lyric radiance that can accommodate ecstasy and justice. 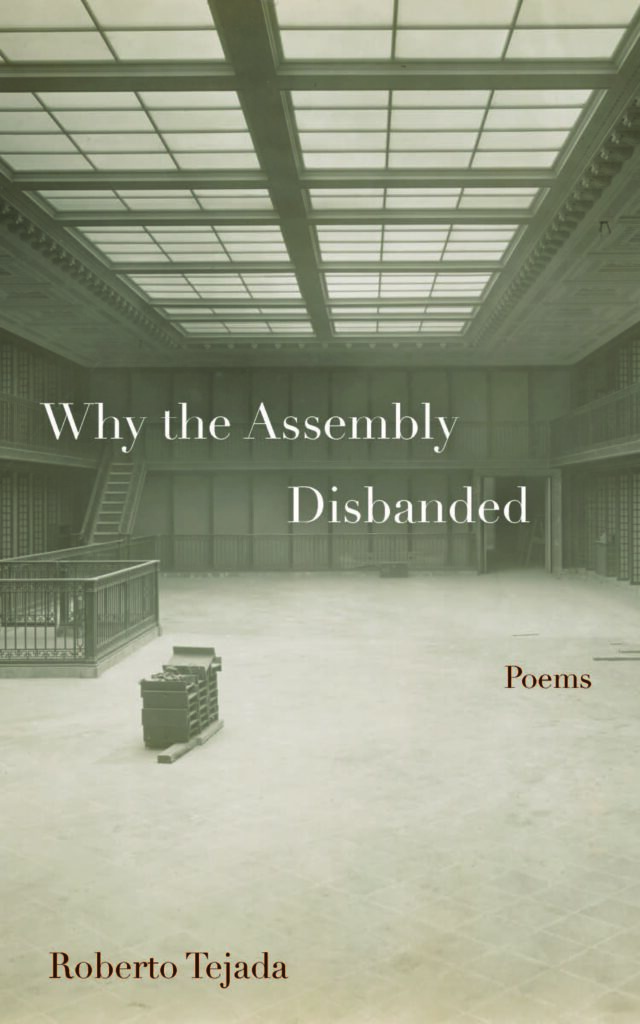 A stunningly original, politically complex, and masterful book of poems. Why the Assembly Disbanded, in its deep syntactical meditations and ever surprising use of powerful, yet subtle language and evocative forms, cuts out of the fear and pathos of the day as it arrests and reminds us of the need for invention and wonder at this precarious moment.